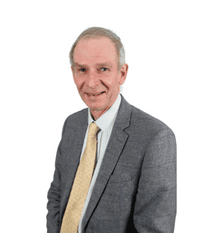 I graduated from Manchester University in 1982 and worked in the North West for 5 years before moving to Cambridge in 1987, initially for a Fellowship with the Medical Research Council, then a Fellowship with the Wellcome Trust and a Clinical Lectureship with Cambridge University. I trained as a paediatrician and neonatologist before deciding to specialise in bone disease in children. I trained in this area with Professor Francis Glorieux in Montreal from 1995-7, before returning to Cambridge for a year before moving to Sheffield in 1998.

I am now Professor of Paediatric Bone Disease at the University of Sheffield and Sheffield Children’s Hospital. My group’s clinical and research work focuses mainly on children with osteogenesis imperfecta, osteoporosis and inherited forms of rickets, as well as research into these conditions. I am Director of the Clinical Research Facility at Sheffield Children’s Hospital and Associate Director of the Arthritis Research UK-funded Experimental Arthritis Treatment Centre for Children, leading the Bone Health theme. I was elected President of the Academic Paediatric Association of Great Britain and Ireland in 2015.

Since arriving in Sheffield I have worked with the BBS for many years as the national organisation representing the interests of people with osteogenesis imperfecta. I led the initiative to create the Nationally Commissioned Designated Centres for Severe, Complex and Atypical OI that were established in 2011 and was honoured to be appointed as the first Chair of the BBS Medical Advisory Board in 2012. I am again honoured to be invited to be a Trustee of the BBS and hope that I can make a worthwhile contribution in that role.

Manage Cookie Consent
To provide the best experiences, we use technologies like cookies to store and/or access device information. Consenting to these technologies will allow us to process data such as browsing behaviour or unique IDs on this site. Not consenting or withdrawing consent, may adversely affect certain features and functions.
Manage optionsManage servicesManage vendorsRead more about these purposes
View preferences
{title}{title}{title}